This poppy panel was left as an extra from a class I taught last year. I didn’t want to create the class card again so I divided the poppy image into quarters using square dies. 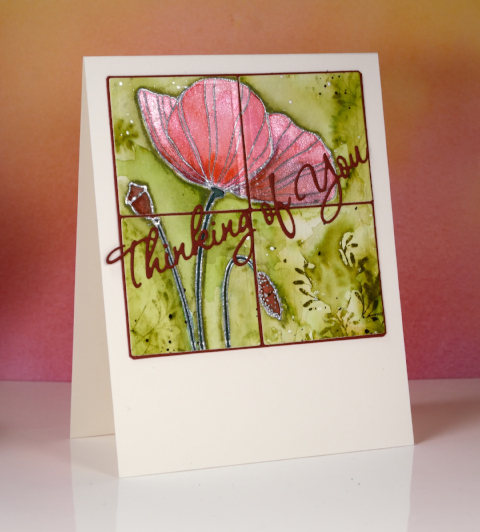 I layered the quarters on a burgandy mat and also die cut a sentiment which matched the deepest red in the poppy, seed pod and bud. The poppy itself was embossed in silver then painted with a mix of brusho and liquid metals so it has a shimmery look when tilted to the light. The green background was made by stamping one of the ‘twirls’ stamps in peeled paint distress stain then painting over it to dilute and spread the green around the poppy.

Won’t be long now before the poppies appear, only four or five months!