At the risk of boring you silly I will mention once again that I have a booth in an art market in four days! One of the items I wanted to make for the market was garlands. I thought the new ‘snowflake tag’ dies from Penny Black would be lovely with some sparkly beads and they are but it took me a lot longer than anticipated to put it all together. I almost left it at one but decided a pair might be nice; the second one was much quicker as I had thought it all through.

I used white cord with a silver thread through it, clear facet cut beads, a mix of shimmer silver and white cardstock and a spiderwebby silver fabric (from France).

The spiderwebby fabric is apparently interfacing for dress making but its silver colour makes it perfect for adding a little shimmer and shine to paper craft projects.

Despite being photographed in a tree the snowflake garland is a delicate thing and should not be used outdoors! 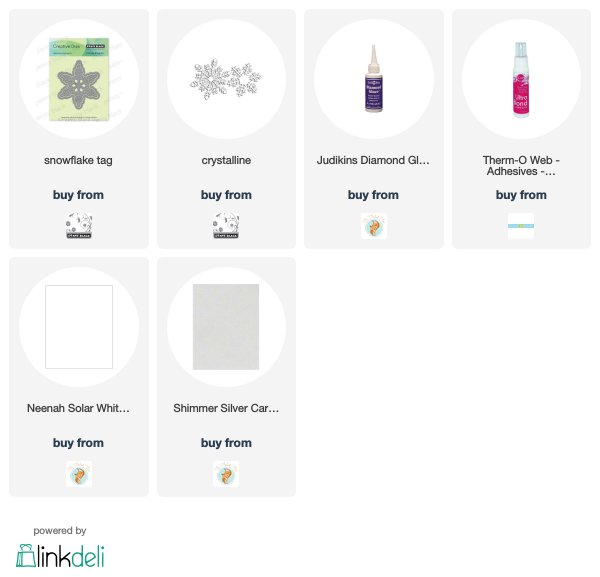